Over 420,000 visitors participated in around 220 individual events in 28 prefectures across these themes, made possible with the generous support of Australia now sponsors, Goodwill Ambassadors and program partners. With your support, Australia now has been able to substantially lift Australia’s profile in Japan as we gear up to support Japan’s hosting of the G20 and Rugby World Cup in 2019 and Olympics and Paralympics in 2020.

The program has complemented and extended a relationship growing rapidly in every direction, reinforced this month with Prime Minister Abe’s visit to Australia, a very successful Australia-Japan Joint Business Conference in Sydney, and the first shipment from the Ichthys LNG project.

This will be our last newsletter for Australia now 2018, but I am confident that, with your help, the relationships fostered this year will only continue to grow. 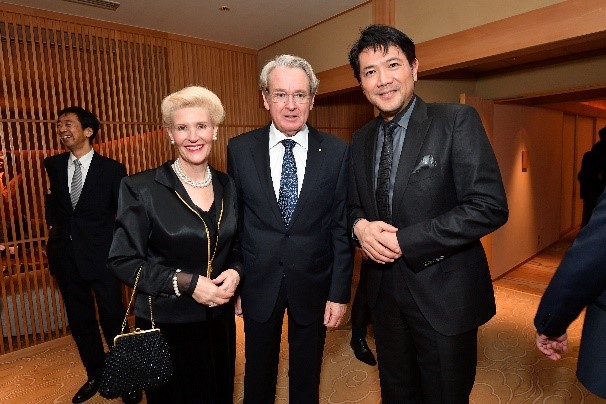 Bangarra Dance Theatre wrapped up Australia now 2018 in style with a powerful celebration of Australia’s Indigenous cultures at one of Asia’s leading contemporary dance venues, Saitama Arts Theatre, on 9-10 November. Supported by the Australia-Japan Foundation, the group presented two works – “I.B.I.S.” and “Spirit 2018” – as well as holding workshops and lectures as the exciting finale to Australia now 2018.

Ambassador Court joined Australia now partners, representatives of the Japanese Government, business and academia, and the general public for an unforgettable performance by Australia’s leading Aboriginal and Torres Strait Islander dance company. One seasoned dance critic told Embassy staff the show was “unlike anything ever experienced before.”

Prior to the shows, Bangarra dancers held workshops in Tokyo and Saitama, sharing their experience as ambassadors for Australian Indigenous culture with Japanese university and high school students. Bangarra Executive Director Philippe Magid and I.B.I.S choreographer and dancer Deborah Brown joined Professor Keiji Sawada at Waseda University to explain how Bangarra develops dances in close and respectful consultation with local Aboriginal and Torres Strait Islander communities from around Australia. 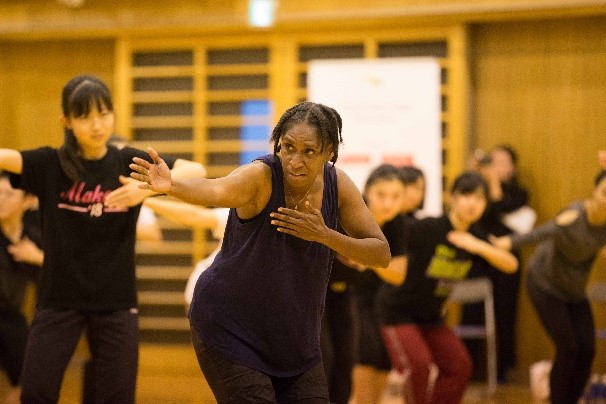 Bangarra Dance Theatre dancer Elma Kris with students at Ochanomizu University Senior High School on 5 November, at one of three workshops conducted by Bangarra in Japan

Australia now Goodwill Ambassadors, sponsors and partners joined Ambassador Court on 6 November for a fond farewell to Australia now Japan 2018 before it moves to ASEAN for 2019. 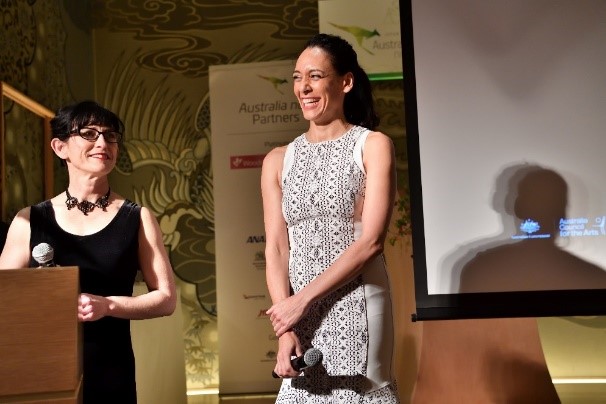 The 56th Australia Japan Joint Business Conference on 14-16 October welcomed more than 450 Australian and Japanese business leaders to Sydney to talk about our A$71.9 billion two-way trade relationship and opportunities for growth. Hosted by the Australia Japan Business Co-operation Committee (AJBCC), the meeting strong representation from non-traditional sectors and youth, represented by the Future Leaders Group participants and New Colombo Plan alumni.

Ambassadors Court and Kusaka delivered messages on behalf of the Australian and Japanese Prime Ministers. Prime Minister Abe’s message confirmed Japan’s desire to expand our relationship into new areas like renewable energy, IT and medical technology, while Prime Minister Morrison praised the contribution made by the AJBCC and JABCC in giving energy and focus to our shared opportunities and challenges. 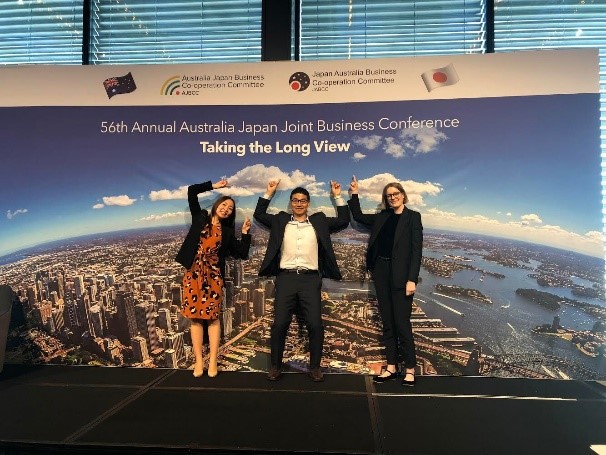 Embassy staff were thrilled to meet students from Hobart’s Rosny College on 18 October during their visit to Japan with the Springboard Kizuna Taiko Drumming Group, which supports the learning, social and emotional needs of students with disability.

With support from the Australia-Japan Foundation, the group of students, parents and teachers participated in Taiko masterclasses, as well as performing with Shiga’s Himawari Taiko drumming group for students with Down syndrome. Celebrity chef and Australia-Japan Foundation Board Member Adam Liaw dropped by to hear the group share their stories and excitement at seeing their Japan dream become a reality. 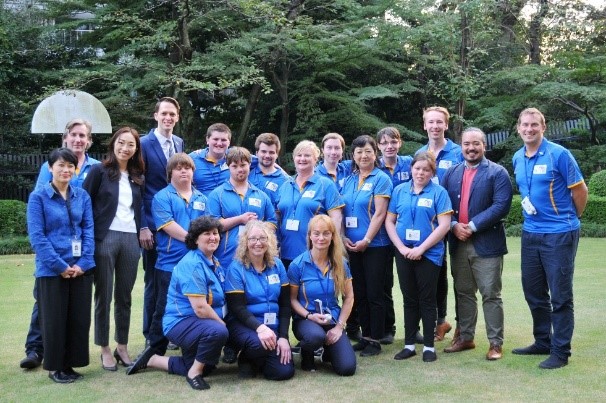 Congratulations to New Zealand on winning the third test of the Bledisloe Cup 2018 in Yokohama on 27 October! A strong cheer squad of Australian supporters travelled to Yokohama to support the Wallabies and to get a sneak preview of next year’s final and semi-final venue for the Rugby World Cup. Australia now Goodwill Ambassador Sarah Àlainn wowed crowds and national television audiences with a rousing rendition of the Australian National Anthem before the game.

The build-up to the third test saw a series of Australia-Japan rugby exchanges, including rugby clinics with former Wallabies in Musashino City as part of Australia now. Ambassador Court attended the highly-successful Bledisloe Cup Charity Gala Dinner hosted by the Australian and New Zealand Chamber of Commerce in Japan, which raised money for the Kamaishi Community Sports Project.

Fans of Australia in Japan had more to cheer about with a strong Australian showing at the FINA Swimming World Cup 2018 in Tokyo on 10-11 November. Ambassador Court was present to see the Australian team take out Gold in the mixed 4x50m medley relay, men’s 200m freestyle and women’s 200m backstroke. Well done to all! 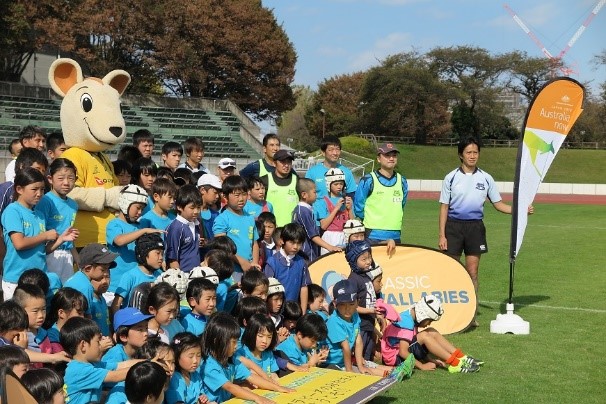 Wallabies mascot, Wally, and Classic Wallabies with young rugby fans at Musashino Municipal Athletic Stadium on 28 October during a rugby clinic supported by the Australia-Japan Foundation as part of Australia now

Australian and Japanese joint efforts to develop aged-care robots and to protect fish stocks from climate change were some of the research projects featured at the inaugural Australia Japan Innovation and Research Symposium in Kyoto on 23 October as part of Australia now.

Hosted by Universities Australia (UA) and Japan Association of National Universities (JANU) in collaboration with the Department of Education and Training, the symposium welcomed the launch of a new guide to Australia-Japan research success stories (PDF).

Around 80 Australian and Japanese university and business leaders attended the symposium, including representatives from Rio Tinto, Suntory Global Innovation Center, Japan Science and Technology Agency, Kyoto Institute of Technology and the University of Tasmania. 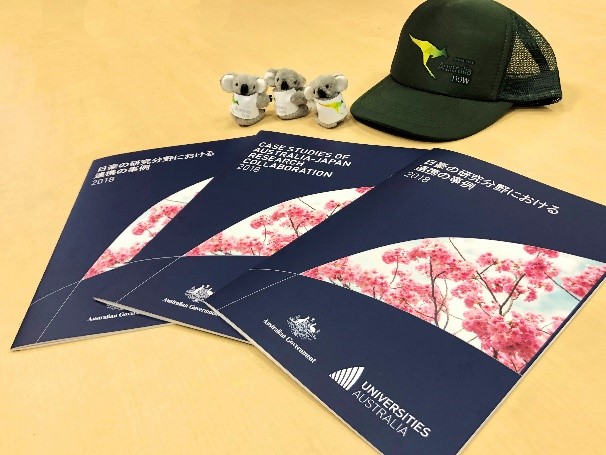 Back to Back Theatre’s intensely personal drama, small metal objects, moved and surprised audiences during 14 shows from 20-29 October presented as part of Festival/Tokyo 2018 and Australia now. One of Australia’s most globally recognised and respected contemporary theatre companies, the Geelong-based company is driven by an ensemble of actors considered to have intellectual disabilities.

Four actors from the company travelled to Tokyo for the shows, performed outdoors in the Ikebukuro Nishiguchi Park. Audience members used headphones to follow the drama played out in the busy Ikebukuro crowds. Supported by Creative Victoria, Australia Council for the Arts and the City of Greater Geelong, the tour was warmly welcomed by Japanese critics, media and theatre producers, and the performance raised awareness of inclusive societies as Japan prepares to host the 2020 Paralympics. 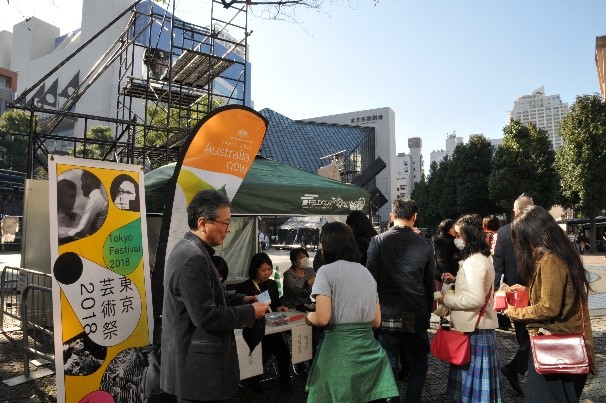 Crowds gather ahead of Back to Back Theatre’s outdoor show at Ikebukuro Nishiguchi Park on 29 October as part of Festival/Tokyo 2018 and Australia now.

Around 55 people gathered in Tokyo’s Daikanyama district to hear renowned Australian author Helen Garner speak about her acclaimed book, This House of Grief: The Story of a Murder Trial. Ms Garner was in Japan for events celebrating the release of the Japanese edition of This House of Grief, translated by Professor Megumi Kato of Meisei University and supported by the Australia-Japan Foundation.

Deputy Head of Mission Bassim Blazey introduced Ms Garner’s keynote address titled “A Love Song to the Law”, exploring the inception and development of her interest on writing about real-life court trials. Professor Kato also joined Ms Garner and well-known Japanese author Kyoko Nakajima for a panel discussion on the book and perspectives on writing about real world events.

This House of Grief is the sixth book translated into Japanese as part of the Masterpieces of Australian Contemporary Literature series, published by Gendai Kikakushitsu Publishing. 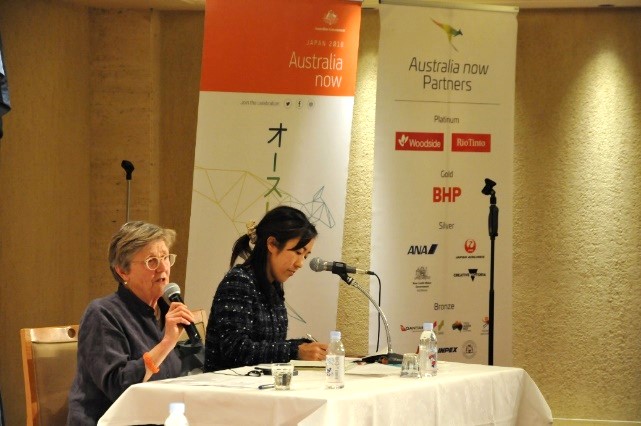 More than 2,000 visitors were enthralled by the exhibition of 18 artworks by Australian glass artists at the internationally-renowned Toyama Glass Museum from 26 October-4 November as part of Australia now. The Canberra Glassworks organised the tour, presenting winners of the prestigious Hindmarsh Prize 2018, with support from the Department of Foreign Affairs and Trade.

Minister-Counsellor Martin Walker attended the opening with Canberra Glassworks Chairman Michael Snare and Works Artistic Director Aimee Frodsham. The Hindmarsh Prize recognises excellence and promotes appreciation of the world-class artists working in glass who live and practice in the Australian Capital Territory or have a close association with Canberra Glassworks. 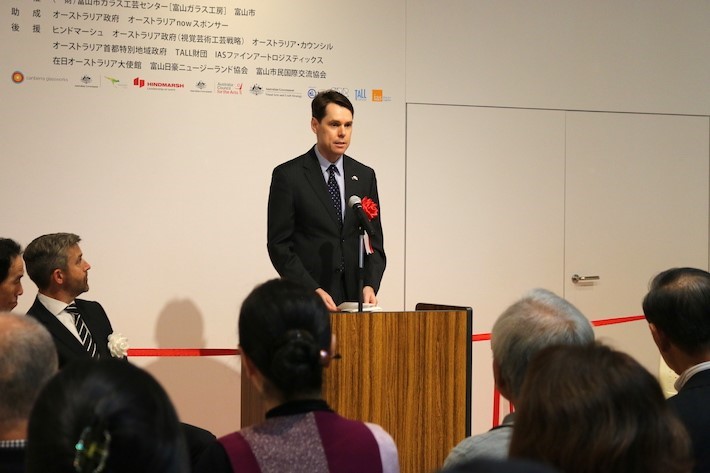